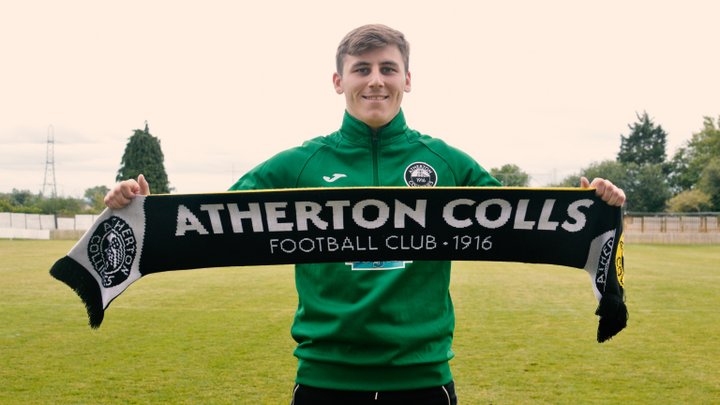 Atherton Collieries have confirmed two further signings and provided an update on their squad for 2020/21.

Midfielder Lewis Doyle, 19, joins from Accrington Stanley and is no stranger to Colls, after a spell on loan from Southport in 2018.

Manager Brad Cooke said: “I played alongside Lewis when he was just 17, and you could see then that he was going to be special. He is only 19 now, but he already has a lot of experience in and around this level prior to being picked up by Accrington.

“Lewis fits the bill for us. He’s a young, hungry and very talented lad. He had offers from our league and the league above, but after speaking to him and his family I am delighted that he chose to sign for us, and we are all excited to see how he develops over the next year!”

Defender Rick Smith makes the move from Radcliffe, returning to the club for a second spell, having previously made a handful of appearances during a spell on loan from Ashton United.

Cooke added: said: “Rick was our number one target early doors. I felt that when we lost Josh Thompson we missed that dominating center half to accompany Niall and Laffs, and in Rick we have that presence as well as bags of experience at this level.

“Rick is a great player, but more importantly a great lad to have around the place. We’ve been doing some one-to-one work over the past few weeks and I can’t believe the good shape he is in. It’s a massive signing for us, and I’m delighted he chose to join us.”

 FA Cup and FA Trophy information Up to four NPL Premier Division clubs will play in the FA Cup preliminary round on Saturday September 12.