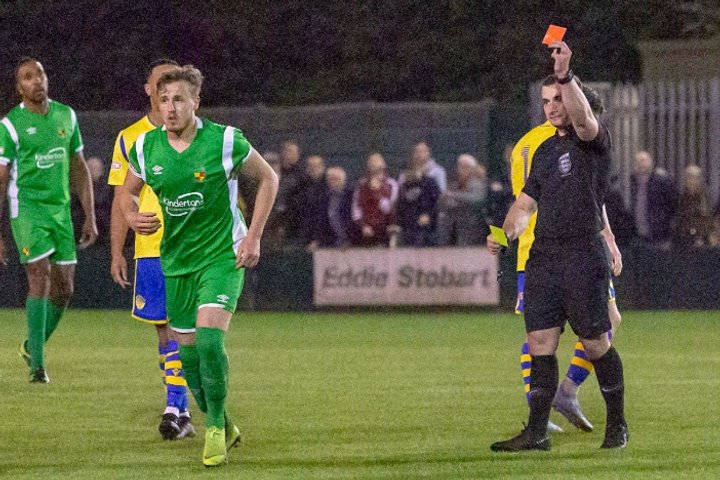 Barnes, 27, was sent off as the Dabbers were beaten 4-1 at Cantilever Park in last season's play-off semi-final between the two clubs.

He becomes Paul Carden's third new signing of the summer, following Alex Byrne and Scott Sephton in moving to the play-off winners.

The Liverpudlian came through the ranks at Stockport County, and has also played for Southport, Northwich Victoria and Marine.