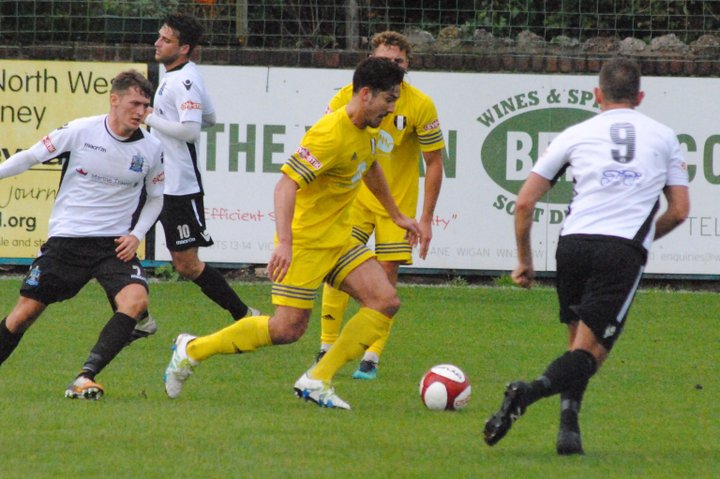 Grantham Town have made their third signing of the summer, bringing midfielder Michael Hollingsworth back to the club.

In his previous spell, he made 167 appearances for the Gingerbreads, scoring 13 goals.

He said: “I am really pleased to be back here at Grantham.

“After speaking to the new manager and hearing his ambitions and the good things he wanted to do, I knew I wanted to come back.

“The stadium is good to play at, the supporters are fantastic and in my last spell here, I had three and a half really good years at the club.

“I can’t wait to pull the shirt back on again and hopefully put some smiles on people’s faces with some good performances and good results.”

His signing follows the arrival of forward Liam Hardy and full-back Ben Turner.

Manager Martin McIntosh said: “He’s a player I’ve always admired when coming up against him as an opposition manager.

“Michael is a player that is very hardworking, and also very reliable, and has a good amount of experience, especially at this level of football.

“We spoke about his time here at Grantham before I joined, and how highly he spoke of the club and the fans, which I think definitely helped him with his decision but also helped me to make up my mind too.

“He’s a fine addition along with the other two signings I have made already this season and will be very helpful both on and off the pitch.”