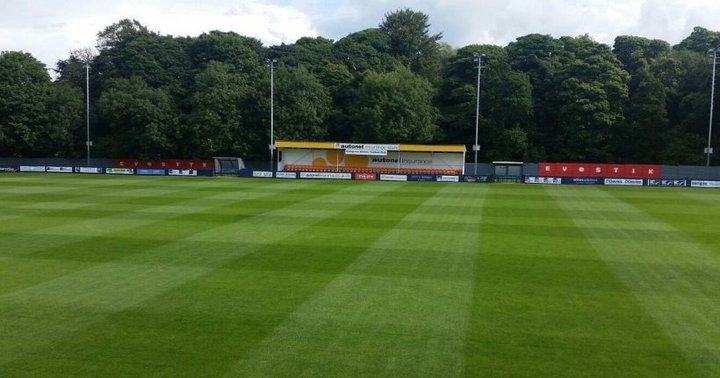 Pitching In Northern Premier League S/East Division side Kidsgrove Athletic recently announced the signing of Kieran Brown in a move that sees him back under manager Scott Dundas.

The forward makes the switch from North West Counties side Hanley Town, where he scored 12 goals in all competitions before the season was curtailed in 2020/21.

Brown, a former Newcastle Town player, featured under Dundas for Chasetown in the 2019/20 season, and says he is excited to be making the move to the Grove.

He said: “I’m looking forward to it big time. A league higher than I was at last year, but one that I’ve played in before. I think it’s huge to play at the highest level that I can, then see what I’m made of, and hopefully it goes well and we have a good season.

“Obviously Kidsgrove is one of the big non-league clubs around me, if not the biggest so that was a massive factor.

“A few of my mates from Madeley get down there and watch, so that will be nice.

“Playing for Scott again was something I wanted to do as well.”

Dundas joined the club in April 2020 and has only managed to take charge of the club for seven league games due to the ongoing pandemic, and has made Brown his first signing ahead of the 2021/22 season.

And the youngster says he can't wait to show the fans what he can do.

“It feels like it’s been such a long time since we’ve been able to play in front of fans, and I can’t wait to see what it will be like at Kidsgrove,” said Brown.

“Hopefully I’ll score some goals early on in the season and have them (fans) onside. Without them we wouldn’t be able to do what we do, as we saw in the winter.

“I think the main goal is promotion. I’ve not won a league title before so I suppose that would be nice. I’ve got my own target for goals, but I won’t obsess over that as long as we are winning games.”