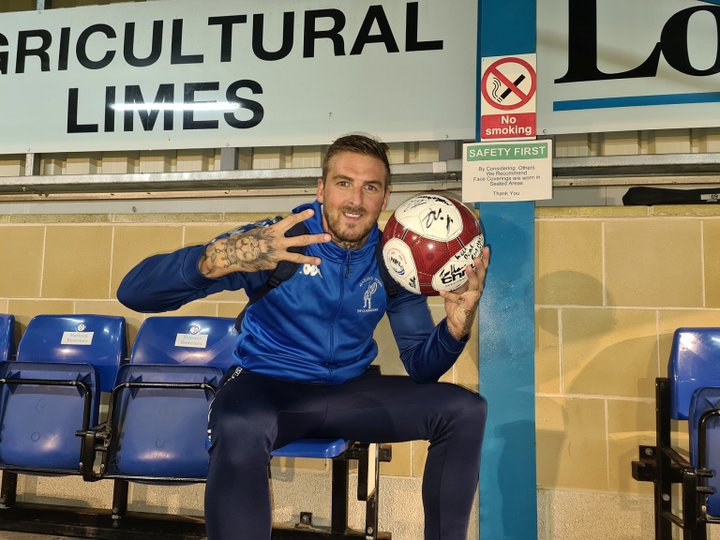 Their seventh successive league win has them second in the Premier Division table, two points behind leaders South Shields with a game in hand.

Liam Hughes scored a hat-trick as the Gladiators romped past Witton to beat their previous record of 8-0 - achieved against Southport and Knowsley United in 1979/80 and 1995/96 respectively.

The win came just 10 days after their surprise exit from the FA Cup with a 3-0 defeat at home to Belper Town.

Manager Paul Phillips said: “I think we got our tactics and our shape dead right and we were ruthless in front of goal.

“There was energy and purpose all over the pitch, I think we outmuscled them. I think we might be getting somewhere near something that replicates the team we want out on the pitch.

“Callum Chippendale, Liam Hughes and Alex Wiles have had time out for various reasons, missing two or three games or more but they’re coming back now and getting better with every game.

Phillips was pleased with man of the match Hughes who netted a hat-trick, his first goals of the season.

He added: “I’d told him he’s got to score more goals and tonight he got excellent service, his sharpness is coming back although he’s not one hundred per cent there yet and he could have had a couple more goals.”

Earlier in the day, Matlock confirmed the departures of defender Sam Egerton and winger Jonathan Wafula.
Wafula scored on his debut for new club Grantham Town in their 2-2 draw at Ashton United last night, while Egerton has dropped down a division to join Warrington Rylands.