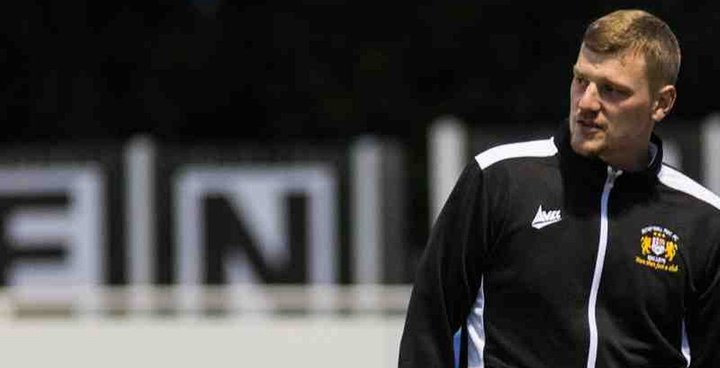 Newly appointed Matlock assistant boss Luke Potter says promotion must be the aim as he embarks on his first season with manager Steve Kittrick at the Proctor Cars Stadium.

Potter who turns 30 in July, may be young in the managerial stakes but had to turn to life on the touchline when he was forced to retire from the professional game in April 2012 due to a knee injury, having made nineteen first team appearances for Barnsley.

He then worked as a coach at Oakwell with the Barnsley Academy and was manager at Ossett Albion before taking on the managerial hotseat at Northern Counties East League Athersley Recreation.

Matlock had the worst defensive record of the 21 clubs who completed the 2018/19 EVO-STIK League Premier Division campaign.

“You’ve got to aim as high as you can else there’s no point being involved in football.

“It’s important we have a solid base with a decent goalkeeper, two solid central defenders so we have a solid spine. Steve (Kittrick) wants to be successful and I’m the same. We’ll be looking to having a good pre-season so we can hit the ground running.”

Potter left Athersley in May and is delighted to link up with Kittrick.

“I’m over the moon at coming to Matlock and to be working with Steve and it’s a great opportunity for me working at a higher level.”

Kittrick took his time in selecting his number two after his original assistant, Chris Bolder, left after only a week in the job to take up the vacant managerial position at newly formed North Ferriby FC.

NPL lead the way with UEFA B course  A UEFA B coaching course scheme by the Northern Premier League in partnership with West Riding County FA has been hailed as a great success.