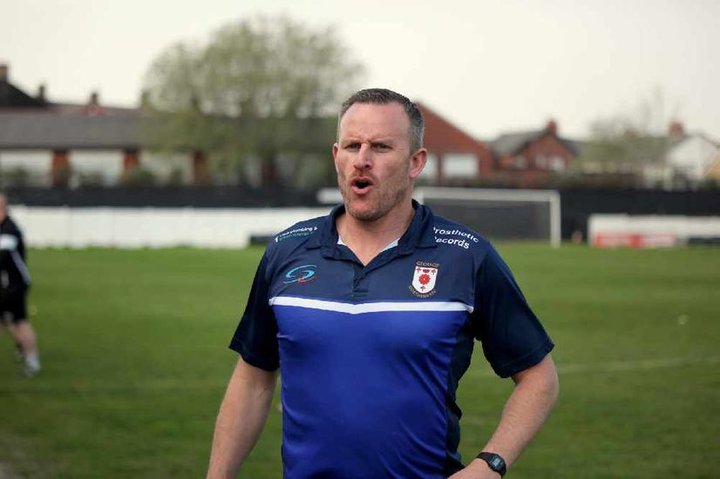 Glossop North End have announced that manager Pete Band has left the club.

Band joined Glossop in October 2018, originally working alongside Lloyd Morrison before his departure at the start of last season.

The club said in a statement: "It is with regret that Glossop North End wishes to announce that on Thursday afternoon the club accepted the resignation of Pete Band from his position as Manager at GNE.

"Pete leaves The Amdec Forklift Stadium to team up in the newly reformed Macclesfield FC set-up as assistant manager to player-manager, Danny Whitaker, as they take on their inaugural season in the NWCFL, after being wound up in the High Court in September and subsequently expelled from the National League.

"Pete was approached by his hometown club to join the set up at the Leasing.com Stadium, and with a heavy heart, has decided to join them."

They continued: "Pete wishes to give his heartfelt thanks to all officials, volunteers, supporters and players at Glossop North End for their contribution to his all enjoyable experience during his time at the club.

"Glossop North End would like to put on record their sincere thanks to Pete for his time and efforts at the club since his arrival in October 2018. It should be said that Pete leaves on more than good terms with everyone here at GNE, we wish him all the best for the future."

Community spirit at Pontefract  Pontefract Collieries have emphasised their importance to the local community during lockdown.