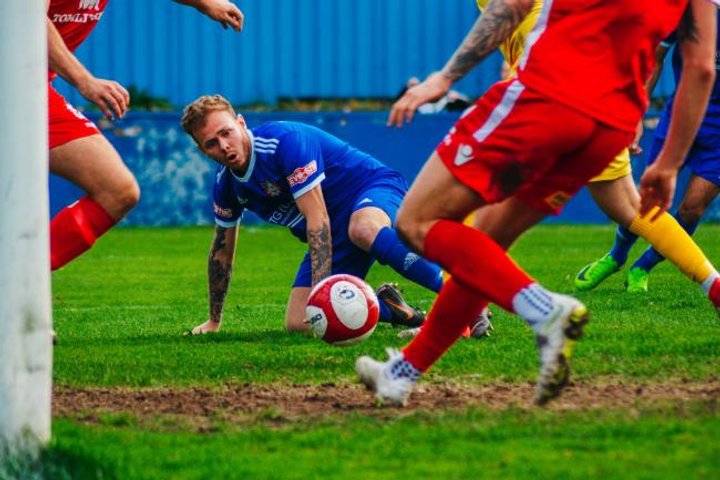 The former Farsley Celtic and Darlington player will begin his 26.2 mile challenge at Savile Park in Halifax, and has recently passed his £500 donation target for the charity.

Cartman, who joined Scarborough in 2020, opened up on his own struggles and his motivation to complete the marathon.

He said: “Andy’s Man Club has been a massive help for me throughout the recent lockdown as I’ve attended a few of their online sessions where I’ve been able to openly talk about things without being judged. The walk-in groups have reopened now too so I’ll definitely be getting involved with them.

“The support I’ve been given since opening about my recent struggles has been nothing short of incredible and I can’t thank everyone enough for that. I’ve also been given massive support towards my charity marathon by not only raising money for Andy’s Man Club, but raising the awareness via all social media networks with the shares and retweets.

“I’m hoping to hit the target of £500 by Sunday which would be superb, but what people need to realise is it’s not always about the money raised - which does help massively - but a simple share, like or retweet raises so much more awareness and the more people seeing groups like Andy’s Man Club, then hopefully the more we can get people opening up with their struggles or problems they are having to deal with in their life

“The training has gone well but if I’m honest I’ve not really been too strict with myself or followed any particular plan. I’ve spoke to friends who have ran marathons in the past for advice and one tip was to run at your marathon pace on every run and I just can’t stick to it because I want to beat my time every run!

“I was feeling quite positive regarding the marathon but now there is meant to be a mini heatwave this weekend, so it could be a lot tougher than first thought, but I’m confident I’ll still make the time I’ve set myself.”

For more information on Andy’s Man Club, go to: https://andysmanclub.co.uk/