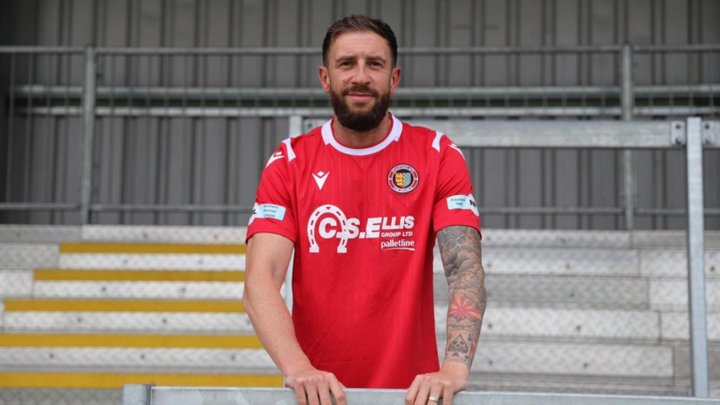 Maddison captained Carlton for three seasons and has also enjoyed time with Grantham Town, Coalville Town and Kidsgrove Athletic, among others.

He will now link up with the Pitching In NPL Midlands Division side ahead of the new campaign, which kicks off next month.

On his arrival, Daniels boss Graham Drury said: “Whenever I have played against Maddo or watched a game he’s played in, I have been impressed with the way he keeps the ball and has a good eye for a pass.

“Maddo knows the lads that play in his kind of position but it didn’t faze him one bit. He’s ready to push his way into the team and that can only be good for the squad.”

Maddison added: “When it was announced that Carlton were moving into the Northern Premier League East Division, it felt that the time had come for me to look elsewhere.

“Graham touched base with me at the right time. Every time I have been to Stamford I have been impressed with the facilities, pitch, fans, management and just the general setup, it's one of the best I’ve seen in years.”