Turner reunited with McIntosh at Grantham 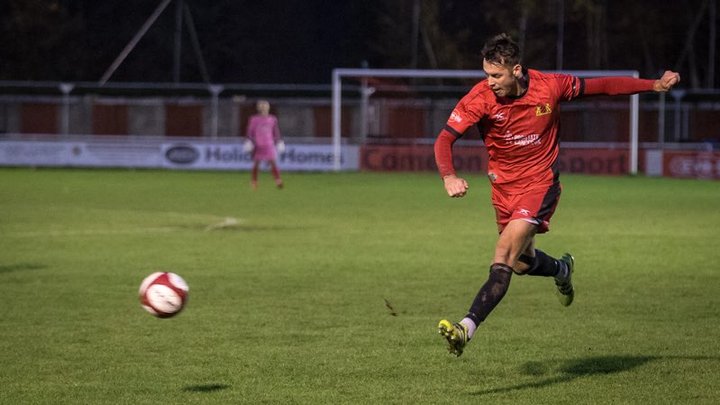 Grantham Town have made their second new signing of the summer with the capture of full-back Ben Turner from Mickleover Sports.

Turner, 27, has spent the past four seasons at the Don Amott Arena and will now re-unite with Martin McIntosh, who was his manager when plying his trade at Worksop Town.

McIntosh told the club’s official website: “Ben is a solid player who has played at this level for a while now and has been consistent every year and the right type of player we need going forward.

“I know him from my time at both Worksop and at Mansfield where he was a young player learning his trade and he is a solid character and a good footballer who is very versatile.

“Ben is a good athlete who has good energy throughout the 90 minutes.

“He is very talented on the ball and has an excellent left foot whilst also being able to attack and defend up and down the pitch constantly.

“Not only is he a talented footballer, he is also very experienced and will be great in the dressing room as a leader for the rest of his teammates.”
Turner’s arrival follows on from the eye-catching signing of forward Liam Hardy from Buxton.

Meanwhile, McIntosh has confirmed the appointment of Tim Ryan as his assistant manager.

NPL Show: May 15th  Ben returns with another edition of the NPL Show