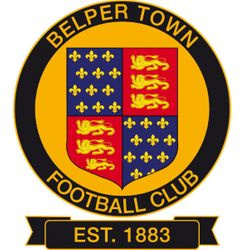 Belper Town captain Danny South says he wants to help with “unfinished business” at the club as he recently re-signed for the 2021/22 season.

South joined the Nailers during the summer of 2018, having previously featured for Sheffield FC, Frickley Athletic, Ossett Town and Ossett Albion, and recently re-signed for the upcoming Pitching In Northern Premier League S/East season.

The club sat seventh in the curtailed 2020/21 season, winning four of their nine league fixtures, while they enjoyed a spot in the play-offs in the previous season before the pandemic stuck.

Now looking ahead, promotion is the goal for South.

He said: “It was an easy decision (to re-sign) really. I had a couple of offers from other clubs on table but Belper are a fantastic club run by brilliant people and I don’t want to leave. I’m captain here and we have a lot of unfinished business.

“The goal is obviously to win the league which I’m sure with the squad we have and a couple of additions then we are more than capable of doing this. We’ve been up there both times that it’s been curtailed and I reckon we would have promoted on one of those occasions.

“We had a get together and a friendly recently and the lads were buzzing to be involved and it was brilliant. Obviously the famous saying is football is nothing without fans and it’s true. Belper is followed by some brilliant fans and we can’t wait for them to be allowed back in watching us win matches.

“I can’t wait to get back playing. It’s been a good journey under Grant Black and Mick Norbury so far, I’ve learned and I’m still learning a lot from them. We’ve also just added John Reed too and I can’t wait to work with him either. I’m sure it will be a successful season under these three.”

 Buxton and Gibraltar striker Reece Styche reflects on World Cup qualifying experience IT would be difficult to find a more contrasting pair of consecutive matches than those played in by Reece Styche in recent months.