Best Goal and Save of the season contest 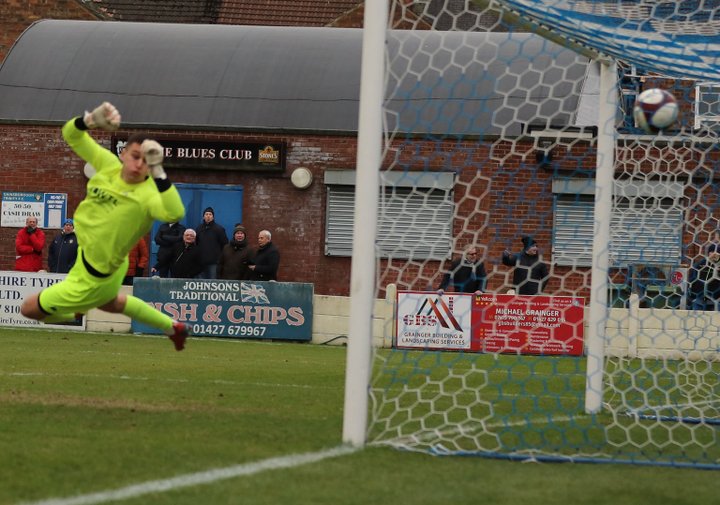 Though the results may have been removed from the official records, there were still plenty of goals that caught the eye during 2019/20.

With several clubs choosing to still run their awards in house, the NPL media team has decided to continue with some of our own - to find the Best Goal and Best Save from our clubs in the season just gone.

Clubs have been given the option to submit goals not only from the league, but from the FA Cup, FA Trophy and County Cup this season and 64 will be chosen for the contest to be held on social media.

For the first time, we have given goalkeepers their time to shine - with their best efforts selected for a Best Save debate.

GROUP A
- Sam Bradbury NEWCASTLE TOWN away at Cleethorpes Town - January 18th
Trailing at the break, Sam Bradbury gets the first of three for the Staffordshire side as he volleys the ball into the top left hand corner from a ball received from a defensive header

- Donald Chimalilo TADCASTER ALBION vs Marine – September 14th
Also trailing in the game, Chimalilo receives the ball from the midfield and turns to get a first time shot past the keeper and into the far corner from 25 yards.

- Liam Goulding WITTON ALBION vs Lancaster City – October 1st
Liam Goulding finishes off a wide play with a first time shot from the edge of the area slot perfectly in to the back of the net.

- Declan Walker STALYBRIDGE CELTIC v Scarborough Athletic – August 20th
With the hosts in control of the game, Walker hits home from 30-yards after a headed clearance.

GROUP B
- Shiraz Khan - BRIGHOUSE TOWN v Trafford - November 16th
From a deflected corner, Khan curls in from the left hand side of the nets after a pinpointed pass from the Trafford half finds the scorer open on the edge of the box

- Jack Dunn - WARRINGTON TOWN v Basford United - December 14th
A long range pass is headed back to Dunn on the halfway line, which leads the Wire star to rush forward and with a simple dummy powers it away past 4 defenders and into the top left of the net from 30 yards out

 Shields announce retention list South Shields have confirmed their list of retained players following the end of the 2019/20 season.

Matlock assistant to play on  Matlock boss Paul Phillips says assistant manager Brian Wilson will again be doubling up as a player next season.