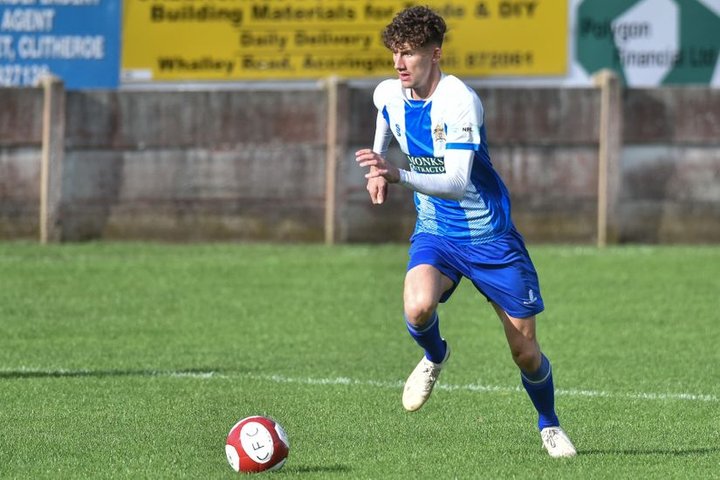 Clitheroe’s squad continues to take shape for 2020/21, with two former favourites returning, a new face and a renewal.

Midfielder Ross Dent, 26, returns after two seasons away at Stalybridge Celtic, while striker Louis Mayers is back at Shawbridge for a third spell after spending part of last season with FC United.

Mayers initially joined Clitheroe as a 17-year-old in 2009/10 and first returned to the club in 2014, helping the Blues reach the final of the Lancashire FA Challenge Trophy in 2015.

He said: “Having played with David and worked with him during his time at Halifax, I know his hunger to improve and win at all costs.

“We will demand a standard of professionalism and effort levels on that pitch that are non-negotiable.

“I’m excited to get going when the time comes for football to return.”

O’Brien, 24, played alongside new manager David Lynch at Alfreton Town and was previously with Aston Villa and Wigan, representing England at youth level.

Manager Lynch said: “Danny signing is another huge coup for this football club.

“Having played with him I know first-hand how talented he is and I am delighted he has chosen to drop down a level to join us.

“I am over the moon that Ross has agreed to join the football club. He was one of the main targets we identified from the outset and we have worked hard to secure him.

“Retaining Conor was paramount to this project. He is one of the most talented young players at this level and I am looking forward to working with him.”

Blackpool-born Gaul, 24, joined from Atherton last season and scored 16 times for the Blues.

He counts Colne and Kendal Town amongst his former clubs, and follows in the footsteps of Terry Cummings in committing his future to the club.