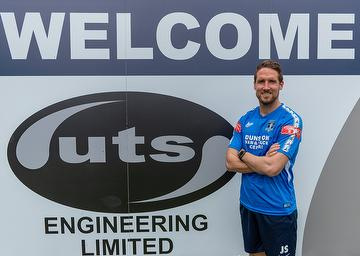 Shaw, 38, is vastly experienced and has in the latter stages of his career slotted in at centre-back, having previously been a striker.

He has played for the likes of Halifax Town, Gateshead, Sheffield Wednesday, Burton Albion and Rochdale.

When asked what he thinks he can bring to the side, Shaw told the club’s official website: “At 38 I suppose the easiest word to use is experience. I like to play at the right times. I’ll win my headers but I’d like to think I read the game well and I’ll be aiming to help organise from the back.”

Shaw will move to Dunston on July 1 following the expiration of his contract at South Shields.