Will Thornton loving life at Scarborough 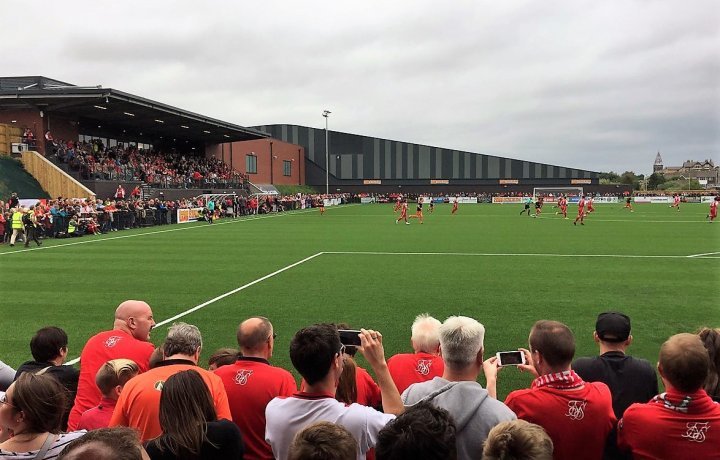 The defender made the permanent switch in September, having previously featured on loan with Gainsborough Trinity.

Thornton progressed through Guiseley’s academy, and has nothing but praise for his new club.

“I’ve absolutely loved it at the club so far even given the poor circumstances with everything going on at the minute,” he said.

“I loved my time at Guiseley but it was time for a fresh start and new challenge for me and moving to Scarborough has been a breath of fresh air.

“I knew Daz (Darren Kelly) well before the move so I knew what I was going to get from him as a manager and he has been everything I expected and more.

“All of the staff, fans and players have welcomed me with open arms and I have really appreciated that as it’s not always easy to settle in somewhere.

“I just can’t wait until we can get the Flamingo Land Stadium packed again and hopefully give the supporters performances and results that they deserve.”

Thornton has featured in nine league games for the Seadogs so far, and says there’s more to come from his side.

“I don’t think it’s been an awful start but we definitely aren’t happy with where we are in the table,” he said.

“We have played six away games and only two home games, so it’s always going to be difficult.

“I think we should have beat Witton away from home and also Nantwich at home. They were two games I think we dominated and the five points dropped in those two games would change where we are massively as they’d put us in the play-off spots in and around where we know we should be.

“We know where we need to be and I don’t think it’s a true reflection of where we are at as a group."

 The NPL Show : Step 4 Show The Lockdown doesn't stop Ben as he brings in the November Step 4 show