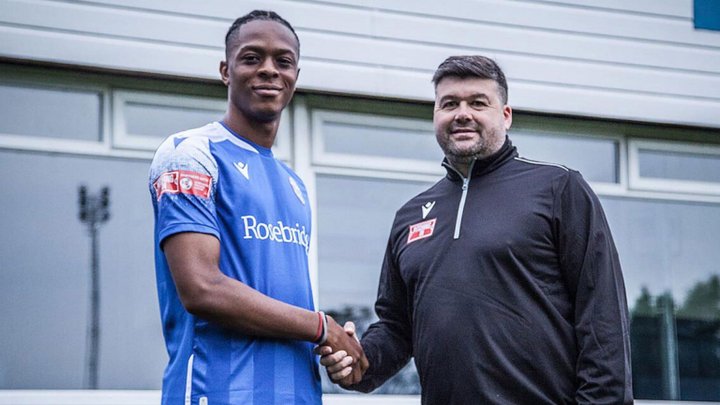 Ramsbottom United have announced the signing of striker Temiloluwa Ajibola.

Ajibola, 21, began his career in Parma FC's youth academy before moving to Serie D side Lentigione Calcio at the start of 2020.

The young striker has featured throughout Ramsbottom United's pre-season campaign where he impressed with 2 goals against Ashton United and an assist against Bury.

Ajibola, who has moved to Greater Manchester to study, is excited by the prospect of what he can bring to the Rams.

"I can bring positivity and good communication skills in the team," he said.

"I was attracted to the environment, my team mates and the great support of the staff.

"I think it will be a good season and I believe that with this team we can aim high, my personal goal is to score as many goals as possible to help the team."

Manager Lee Donafee feels as though it was a simple decision to bring Ajibola on board, "We felt after a tough start for Temi, a bit of confidence and coaching we could improve him and that’s exactly what’s happened with Temi and credit to him as he’s got better by the games.

"It became a no brainer to sign him on and as a management we feel Temi will be a valuable addition to the squad.

"Temi has settled in really well and I think his outing in games have proved this."

 Ashton move for Mickleover forward Ashton United have announced the signing of George Milner on a one-month loan from Mickleover.