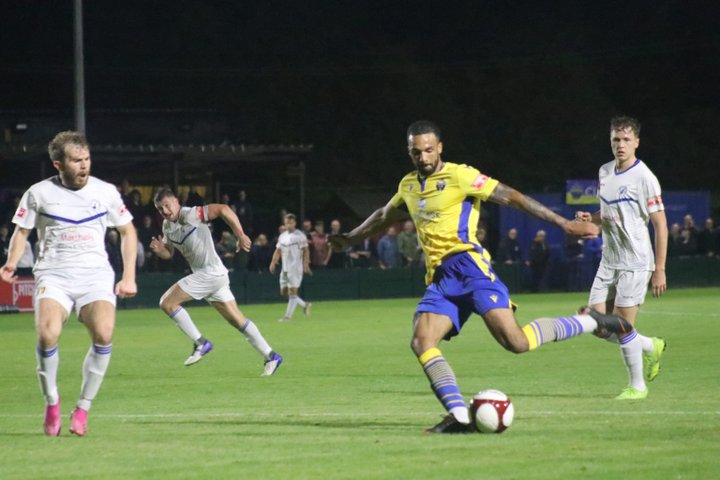 Striker Jordan Buckley says he is hoping to continue scoring goals for the Yellows and help the side remain in the play-offs following his hat-trick against Lancaster City.

Buckley returned from injury from the bench in the club's FA Trophy home defeat to Morpeth Town, before featuring in the starting eleven to score a hat-trick against Lancaster in the league to help his side claim a 5-1 victory at Cantilever Park.

Yellows’ top goalscorer claimed the same title in the Pitching In Northern Premier League Premier Division following the 90-minutes against the Dolly Blues, scoring a total of 12 goals so far this league campaign.

“Hopefully I can keep scoring and helping the team to stay within play-offs and on a personal note stay top of the leaderboard,” he said.

“It was a good performance against Lancaster, especially scoring five. It was also good to get the hat-trick to help the team get three points.”

Buckley scored his first of three inside the first four minutes to gain an early lead, before adding two more in the second half.

Callum Saunders sits joint-top alongside Buckley with 12 goals, while Bobby Grant and Jamie Ward have 11.

Mark Beesley’s side, who sit fifth, travel to Gainsborough Trinity in the Pitching In Northern Premier League this Saturday, and Buckley believes it won’t be an easy game.

“Every game in this league is tricky, so I’m sure it’ll be a challenging game for us,” he said.

“Hopefully we will be able to get the three points.”