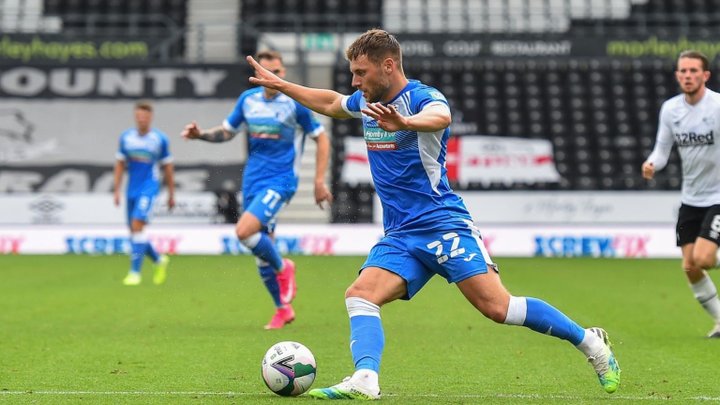 Matlock Town have announced the signing of striker Jack Hindle from Kelantan F.C.

The 28-year-old forward joins the Gladiators from Malaysian Premier League side Kalantan F.C.

The Warrington born Hindle had previously played three seasons for Barrow in the National League, where he scored 13 goals in 70 appearances, becoming their top goalscorer in the 2018/19 season.

Following a short loan spell at Gateshead and South Shields, he was released by Barrow in January 2021. A month later, he joined Kelantan F.C.

Hindle began his career with Radcliffe, before moving to 1874 Northwich and then onto Colwyn Bay.

On his new signing, manager Paul Phillips said: "I’m delighted that we’ve finally got Jack over the line and it will add to the competition for places in the forward positions.

"He trained well with the rest of the lads on Thursday and will hopefully be involved in some capacity on Saturday.

"He’s a good player who has scored goals in the National League and he’ll provide another option for us up top."

Matlock Town have a top of the table clash with South Shields on Saturday.

Premier Preview: Key title battle as top two face off  First versus second will go head-to-head as they battle it out for the Northern Premier League title.