Michael Brewster: The feeling around the club is great at the moment 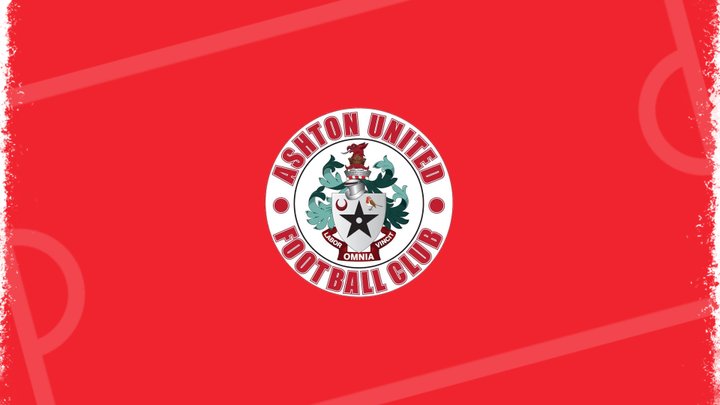 Ashton United captain Michael Brewster says there is a “great” environment around the club following their unbeaten run.

The Pitching In Northern Premier League Premier Division side have won their last five games, including four in the league.

The club’s most recent victory came against Radcliffe in the mid-week Premier Division clash, with goals from Tom Warren, Florian Yorsian and Ben Hardcastle securing their fifth consecutive victory.

The wins against Radcliffe, Basford United, Atherton Collieries, Bamber Bridge and Nantwich Town have seen Michael Clegg’s side climb to 14th in the table.

They feature in the First Round of the FA Trophy this afternoon at home to Sutton Coldfield Town.

“The feeling around the club is great at the moment,” said Brewster.

“That’s football when you win - it’s class, but when you lose it ruins your weekend.

“The recent run of form is something that we knew and know that this squad is more than capable of.

“Things change very quickly at our level of football.

“Nobody anticipated the start we would have had to the season and so at the moment we are rectifying the results from early doors and trying to climb the table. But we’ll be taking each game as it comes and seeing where we are at.”

The Robins opened their 2021/22 campaign with one win in 12 fixtures, although they did claim five draws in that run, including against South Shields, Buxton and Scarborough Athletic.

And captain Brewster is proud of the character his side have displayed to turn results around.

He said: “I think when you look back to as little as three weeks ago, we were at the very foot of the table. To turn that around when things aren’t going your way takes character first and foremost - the lads have shown that in abundance in recent weeks and long may it continue.

“Not just that, but the people around the club, the staff, fans and volunteers, it is nothing less than they deserve. They are going above and beyond to get our games on in the recent conditions and it never goes unnoticed."

Brewster continued: “There is only one way we are looking as a squad and that’s up.

“That’s five wins in a row now and as we’ve seen in the league already, anybody is capable of beating anybody on the day.

“As with anything we won’t get too high on the highs or too low with the lows.”