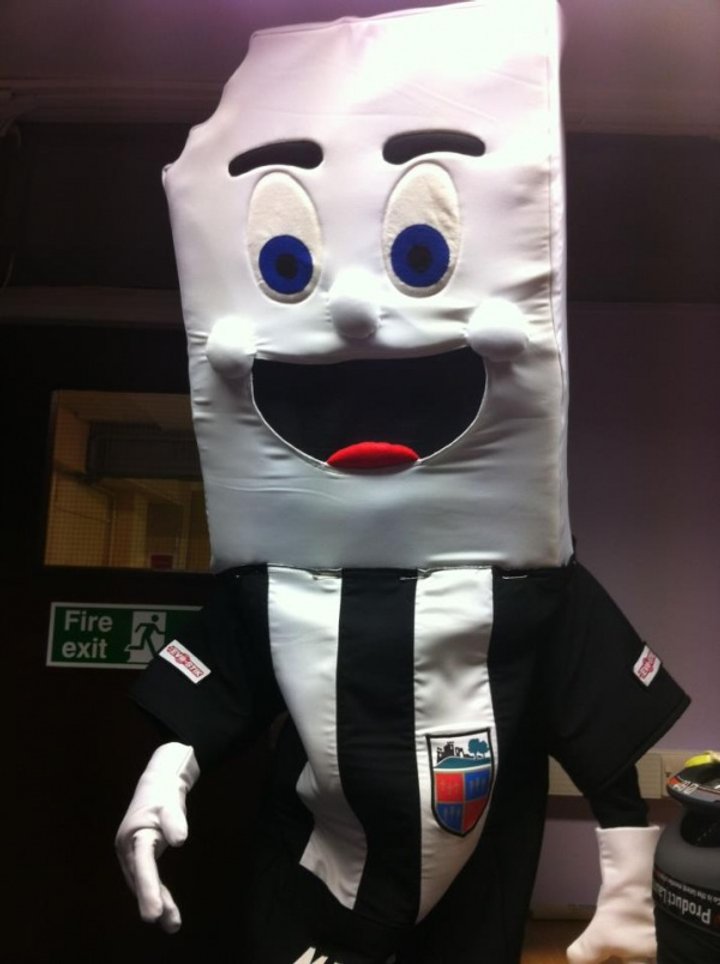 Kendal Town's new mascot 'Mr Minty' will be on community duty alongside the Evo-Stik Northern Premier League club's successful Ladies side on Saturday helping to recruit new fans and players.

Before the Mintcakes host Eastwood Town in the Evo-Stik NPL Premier Division at Parkside Road, Mr Minty, pictured, is teaming up with the women's team to run a shooting competition for youngsters in front of thousands of shoppers at the Westmorland Shopping Centre. The event to celebrate their new matchday mascot continues renewed efforts at the community club to attract new fans and bring old ones back.

Kendal Town Ladies, who've reached the Third Qualifying Round of the FA Womens Cup, will also be explaining the development of women's football at the club and elsewhere to shoppers and prospective players.