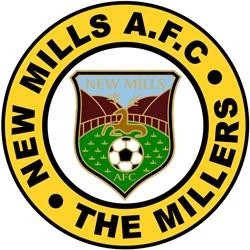 New Mills AFC have taken the exciting step of starting a Centre of Excellence which will offer these players a chance to continue with a career in football. Not only will it give the boys an opportunity to sign as a scholar for two years which will see the players continue to train full time but it will also see them learn academically and gain qualifications which will benefit them outside of football.

The North West of England has a high concentration of professional Football Clubs which means that each year, hundreds of boys, aged between sixteen and eighteen, are released from Academies and Centres of Excellence with no planning made for their future in the game.

The Centre has already attracted thirty two boys from around the North West and beyond who will start pre season training with the Club on 17th July. From September until April 2012, they will also start studying towards achieving an NVQ 2 qualification in Sports, Recreation and Allied Occupations.

New Mills Youth team manager Mark Worthington said " We have managed to attract a high quality group of players who will enhance the youth and reserve teams and will undoubtedly provide several players for the first team during the season. The standard during the trials has been very high and it amazes me that these boys have been released by pro clubs. Starting the Centre of Excellence is a bold move by the Committee at New Mills but I believe it will underpin the good work we have already done and will allow the Club to push forward and realise its ambitions"

As part of the scholarship, eleven boys are looking for rooms in the New Mills / High Peak area as they will be travelling from Liverpool, The Wirral, Birmingham and Sheffield. The Club requires landlords and landladies who are willing to take the boys in on a room only basis between Monday and Thursday. The lodgings which will be paid for by the Club, will provide stability for the boys who may be living away from home for the first time. The Club will provide breakfast and lunch with the boys making their own arrangements in the evening.

If anybody is interested in helping the Club provide lodgings for the scholars or simply requires further information about the scheme then please contact Sue Hyde on 01663 747435, 07795 115708 or
via email newmillsfs@yahoo.co.uk.