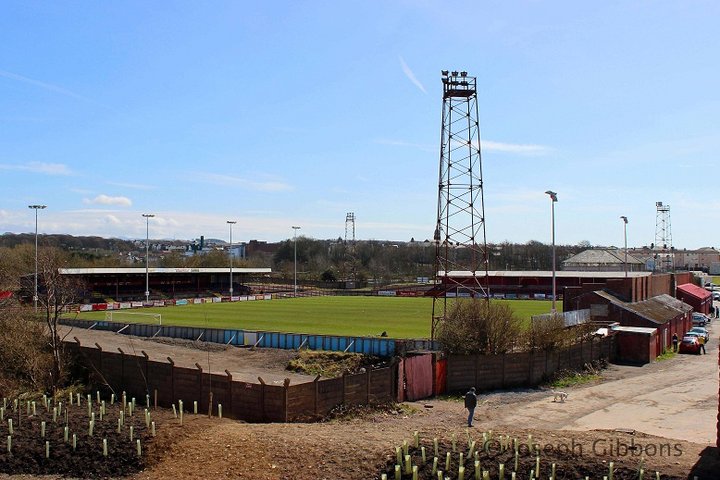 Workington AFC remain 10-points clear at the top of the BetVictor N/West table following a 4-2 victory over Tadcaster Albion.

Tadcaster took the lead inside the first two minutes through Jacob Day, before a Scott Allison penalty leveled the scores on 18 minutes.

Conor Tannin then gave Workington their first lead, before a goal from Bokinji Lebrun cancelled it out heading into the last 20 minutes.

However, Tinnion added his second on 79 minutes and Millenic Alli secured the win with a 90th minute goal.

“We rode our luck; I think it’s fair to say we weren’t brilliant,” Tinnion told the club’s official website.

“Sometimes you just need a bit of that.

“Myself and Brock’s clearances really should be goals on any other day but we managed two score two and build on it, which is credit to the lads.”

In second spot, Ramsbottom United scored an 88-minute winner through Jamie Rother, with three games in hand over Workington.

Widnes were the only side in the bottom half to pick up a win, defeating Dunston 3-0 thanks to a brace from Jack Banister and an own goal from Craig Scott.

Just outside the play-offs, Clitheroe claimed an impressive 4-0 victory away to Droylsden. Goals from Terry Cummings, Daniel Wilkins, Tyrhys Dolan and Craig Carney.

 Coronavirus: Official Statement The Northern Premier League has today decided, reluctantly, to suspend all fixtures until further notice in light of the escalating Covid-19 outbreak.

Premier round-up: Mariners extend lead at the top  Just four games went ahead in the BetVictor Northern Premier League over the weekend, with South Shields extending their lead to 12 at the top of the table.