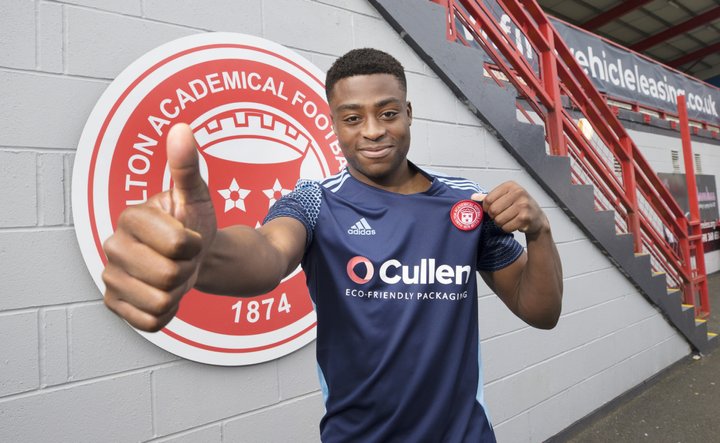 Owolabi, 25, scored 35 goals in the curtailed 2019/20 season, making him the league’s top scorer, in his first season at Broadhurst Park.

Previously with Radcliffe, Owolabi will now go in to contention to make his debut against Celtic on Sunday.

He told the Hamilton official website: “I’m overwhelmed, it was always my dream to be a professional football player and I have worked really hard to get here. It hasn’t sunk in yet but I’m just trying to enjoy the experience.

“Non-league is tough, you play against players who are physically strong and I had to get used to that quickly and I think that has prepared me for this level.”

He said: “I am delighted for Tunde to fulfil his dream to become a professional footballer. The last few days have been a testing time trying to get the deal finalised but as with all deals, they take time.

“I am happy that it has now been concluded and we can move forward and plan for the upcoming season.

“Tunde was an integral part of what we achieved last season. Since joining the club he was always hardworking and eager to improve and no-one can argue about his goal scoring record during last season. I have thoroughly enjoyed working with Tunde and hope he goes on to reach his goals.”