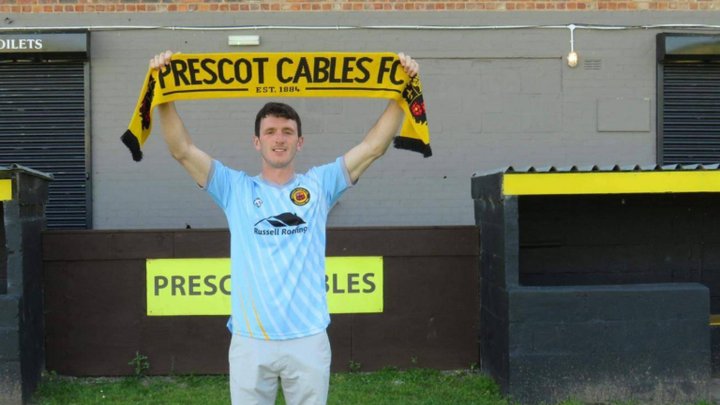 Prescot Cables have confirmed a trio of signings as they begin preparations for the 2022/23 Northern Premier League West Division season.

Foley was the first to be announced, scoring three times for Witton Albion last season.

He also lists Marine, Cammell Laird and Macclesfield Town amongst his previous clubs.

Also joining him at Valerie Park is former Marine team-mate Devine, who provides cover across a range of positions and was previously captain of the Tranmere Rovers youth team.

The third of Cables’ pre-season captures is forward Murphy, who was part of Ramsbottom United’s squad last season.

The new acquisitions will help bolster the club’s options ahead of the new season, with a full retention list announced earlier this week.

It has been confirmed that Lewis Buckley, Taylor Brickell and Leon Arnasalam have all left the club, while former on-loan defender Lewis Shead has accepted an offer higher up the football pyramid.

Meanwhile, last season’s top scorer, Sam O’Halleron, has accepted an offer to play football in Australia, although the club expects him to return in September once the season concludes Down Under.