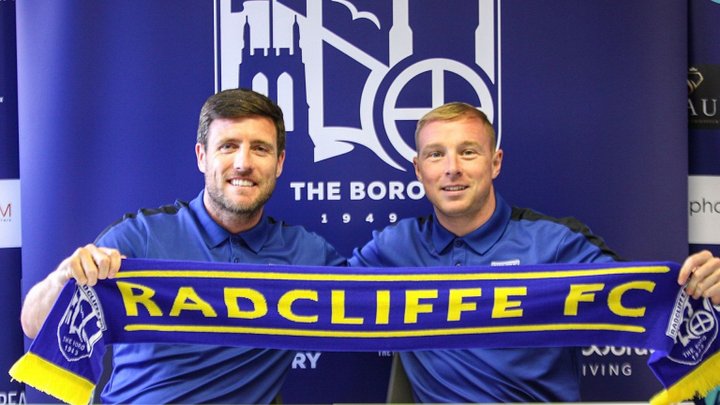 Adams, 35, has featured in over 550 English Football League matches most notably for Bury, Rochdale, Crawley Town and Oldham Athletic.

The experienced midfielder is also a former teammate of new Radcliffe manager Bobby Grant, with the two linking up at Rochdale and Oldham.

The former Wales U21 international began his career at Bury, scoring on his debut in a 1-0 victory over Darlington in October 2005.

Adams left for Leicester City in 2008 and went on to feature for numerous EFL teams including Brentford, Rochdale, Crawley, Rotherham, Northampton Town, Carlisle United and Oldham.

He enjoyed two more spells for Bury later on in his career, accumulating 182 appearances for the club.

Radcliffe becomes Adams' first ever non-league experience and is excited to see what awaits him in the Northern Premier League: "The club is really trying to make it as professional as possible and you can see where they want to take things, that was a big thing for me, I want to be part of something that wants to go forward and really take off, it was an easy decision to come here."

Speaking to the club's website, Radcliffe manager Bobby Grant anticipates that the experience of his two new signings can move the club forward: "They’re two massive signings with bags of experience, quality and leadership.

"The types of players that we’re looking for and bringing into the building are winners, and for us this season that’s the bar, they’re the type of personal we want, we’re delighted to get them in."