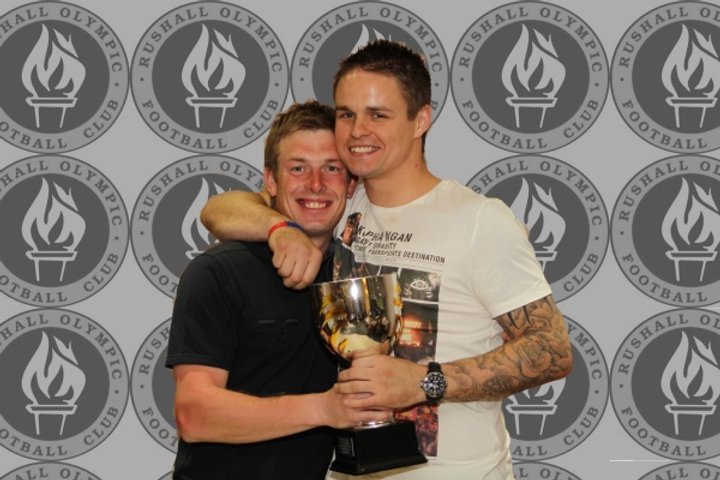 Rushall Olympic Football Club brought the curtain up on a successful season by holding their Annual Presentation Evening on Friday 25th May.

A packed audience saw a number of awards made and everyone left looking forward with much excitement to the new season.

General Manager, Terry Brumpton, hosted the awards night along with Stuart Perry and there was a different theme to it with Terry interviewing Manager Neil Kitching on stage, something which went down rather well. He also introduced all of the players onto the stage and they presented bouquets of flowers to a number of Ladies who are involved with the Club.

Chairman, John Allen, also gave an inspiring speech, in which he not only praised the Playing and Management staff, but also the army of people who are now working extremely hard behind the scenes. John also said that he was looking to build on last season`s eighth place finish as we look to consolidate our position in the Premier Division of the Evo-Stik NPL.

The Chairman finished by thanking John and Julie Dalton of the club`s Main Sponsors, Sitescapes, for their terrific support during the past twelve months.

There was also a special award to Darren Stockall whose superb programme was voted the best in the EvoStik Northern League overall and fifth best in the entire country.

The awards then were as follows

The audience enjoyed an excellent buffet, provided by Julie who runs the Pics Pantry on matchday and photographer Steve Walker was on hand to take a number of excellent pictures.