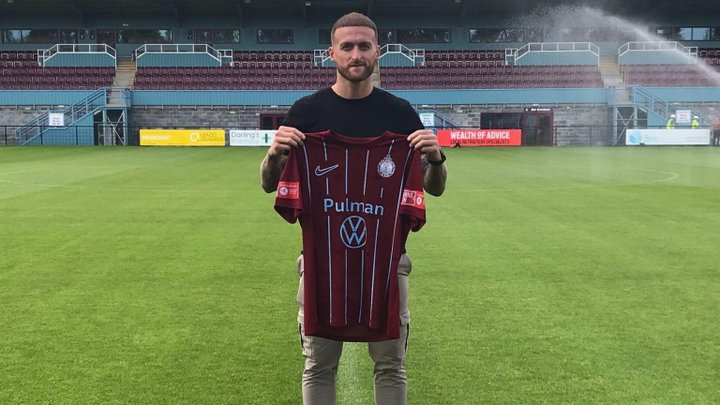 Alessandra, 33, has spent the entirety of his 15-year career in the Football League, making over 400 appearances.

Following his departure from Carlisle earlier this summer, he has now agreed terms at the 1st Cloud Arena ahead of the 2022/23 season.

He will join a squad already boasting plenty of experience at a higher level, with defender Gary Liddle also joining the club as they look to assemble a squad capable of challenging for promotion once more.

“South Shields is definitely a club on the up and going places with big aspirations, so I’m delighted to be part of it,” he said.

“They made me feel very wanted, which was a big factor in my decision, and I can’t wait to get started.

“I had a chat with the manager, who has great pedigree as a forward himself, and it will be great to get the chance to learn from him, even at my age.

“He explained what he was looking for in a forward, which suits the way I play, and everything I’ve heard and seen regarding the way the team likes to play has been positive.

“Now I have to prove my worth and try to get into the starting 11 and make the position my own.”

Mariners boss Kevin Phillips also expressed his delight at the club's ability to bring in Alessandra.

He said: “Lewis is another fantastic signing for the club. He is someone who has only ever played league football, so to attract a player of his calibre is a massive coup.

“We’re naturally delighted to have him as he brings added competition to the squad and excellent quality, alongside the players we already have in that position.

“He brings brilliant pedigree, experience and leadership qualities, and fits well with the players we have signed this summer and those who were already here.

“I’m very pleased with the balance of the squad and this will be our last addition for the foreseeable future.”