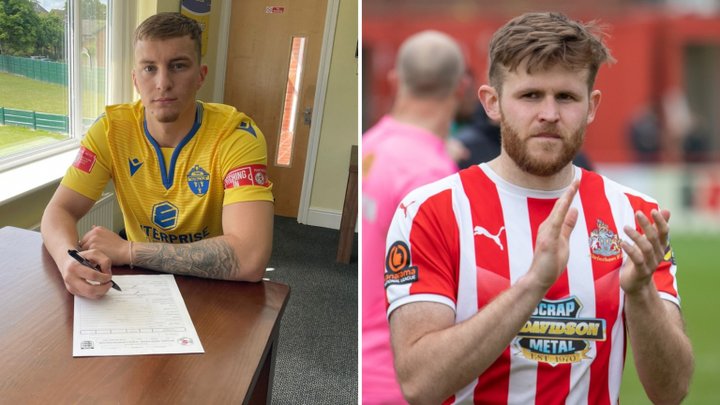 Putnam, 20, arrives at Cantilever Park from Witton Albion, who were relegated from the Pitching In Northern Premier League Premier Division at the end of last season.

He joined Witton on dual-registration from Congleton FC in March, and made his debut in their 3-2 victory over Morpeth Town. In total, he made five appearances for the club.

Putnam can also operate on the left flank and will provide versatility ahead of the new season, which kicks off on Saturday 13 August.

“When I played here with Witton, I was impressed by the facilities and the fans,” he told the club’s official website.

“When Mark [Beesley] gave me the call, it was a no-brainer really. It’s a good club at this level, and hopefully we can be fighting for promotion."

Yellows boss Mark Beesley added: “Ollie is a young player that we earmarked at the end of last year. We thought he was excellent against us for Witton, he came recommended and once we knew he was available we snapped him up quickly.

“He’ll bring us energy, goals from midfield, and that drive. He’s a forward type midfield player that we need to complement what we’ve got."

Joining Putnam at the Yellows is White, 29, who has experience of sealing promotion from the Northern Premier League, having done so with previous employers Altrincham FC.

The versatile full-back made 16 appearances for the club last season as they secured a mid-table finish in the Vanarama National League.

"I was impressed with the manager and knew that Warrington have come close to promotion a few times in recent years, so we should be competing this season," he said.

"I've played with a few of the players for multiple seasons at my previous club and we know each other's games very well.

"With the quality and experience in our squad I hope to be challenging at the top end of the table, and I'm very excited for the challenge."

On his arrival, Beesley added: “Andy White is another excellent signing for us. He’s a player with pedigree of winning this league and having success in the league above.

“He’s an outstanding defender on both sides and can play at right-back or left-back. He’s got a great use of the ball, he’s played in a great footballing team for years and it was a no-brainer.

“Taking advantage of Altrincham going full time and knowing that Andy possibly couldn’t, we made him a key target and to get him through the door is a massive bonus. He’s going to be excellent for us."

 Quartet of signings for Trafford Trafford have announced the signings of four players ahead of the 2022/23 Northern Premier League season.