Will Goodwin aiming high with personal goals at Bower Fold 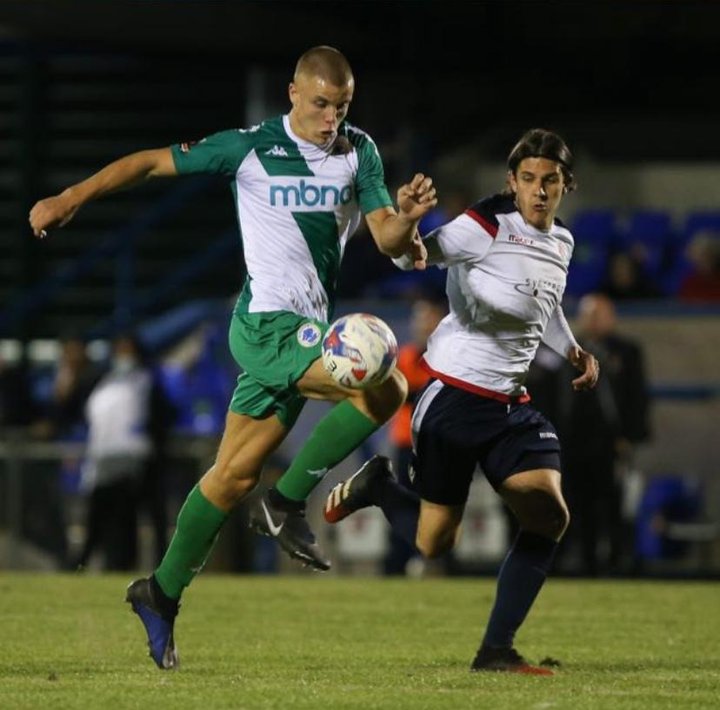 Stalybridge Celtic recruit Will Goodwin has set his personal goals high while with the Bower Fold outfit, aiming for top goal scorer.

Goodwin joins the club from National League North side Chester, having made his senior debut in the FA Trophy at Royston Town in January this year as a second half substitute.

The 18-year-old Chester academy product signed his first senior deal at the Deva Stadium in June, and joins Celtic on loan until January.

He made his Celtic debut with the number 10 shirt against Buxton in the Premier Division, and is hoping to bag plenty of goals during his time with his new club.

“The move came around when I think Stalybridge needed a striker with a bit of a presence up top, but would also want to run in behind and work hard which I feel I do," said Goodwin.

"As an 18-year-old I need as much experience as I can get whether that’s with Chester or Stalybridge, I will get similar outcomes."

Goodwin was on the scoresheet in Chester's pre-season friendly at Padiham, and joins Simon Haworth's latest recruits in James Ellison and Jordan Helliwell.

“The Northern Premier League is a tough league with lots of good sides in.

“I’ve only been here a week, but as soon as I came in all the coaches and players were there to introduce themselves and make me feel welcome.

“Simon seems a great coach with lots of experience as a player playing for some good clubs in the leagues, and as he used to be a striker hopefully he can teach me a few things whilst I’m here.

"It has to be every striker's personal goal to be the top scorer at the club, whatever league that’s in. If you’re a striker scoring lots of goals, then you must be doing something right, so if I can hit the back of the net and get on a run that would be best for me.”

 NPL Show: October 16th The aftermath of the Third Qualifying Round of the FA Cup