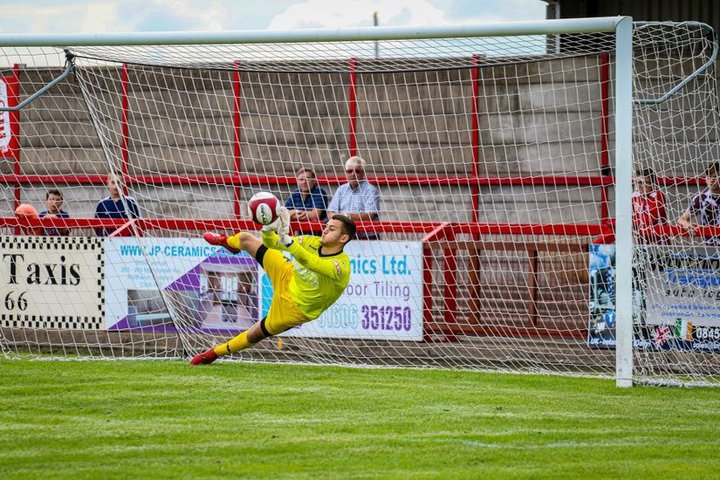 The 23-year-old made the switch to help cover injuries at the club, and has seen his loan deal extended another month under Town manager Pete Wild.

Renshaw said: “I’m really enjoying it, it’s a great set of lads and I feel I’ve settled in well. I’ve got two-to-three weeks left of my loan and there’s some big games in there so I’m going to enjoy it and hopefully we can get the results needed.

“We’ve been on quite a good run, and the lads are playing with confidence so it’s good to be around.

“We had a good start at Witton. We were fifth I think with a couple games in hand, and we had the squad to challenge for the play-offs I felt, so it was disappointing it ended.

“My focus then switched to needing somewhere to train and hopefully play, I’m football mad so all this time off I would have really struggled and missed it. I’m thankful to Halifax for giving me the opportunity.”

Renshaw is no stranger to Halifax boss Wild, having featured under the 36-year-old for two years at Oldham in the scholarship, and the move up the pyramid is one that Renshaw hopes to replicate permanently, with full-time football the goal.

“I’ve known the gaffer for years and we’ve always got on, it’s been great to have the chance to work with him again,” said the former Everton youngster.

“I’m determined to get back full-time, I know I’m good enough, it’s just about being patient and keep trying to improve my game and play as many games as I can. I’m nearly at 50 men’s games on my CV, so my next target after that will be to have played 100.”