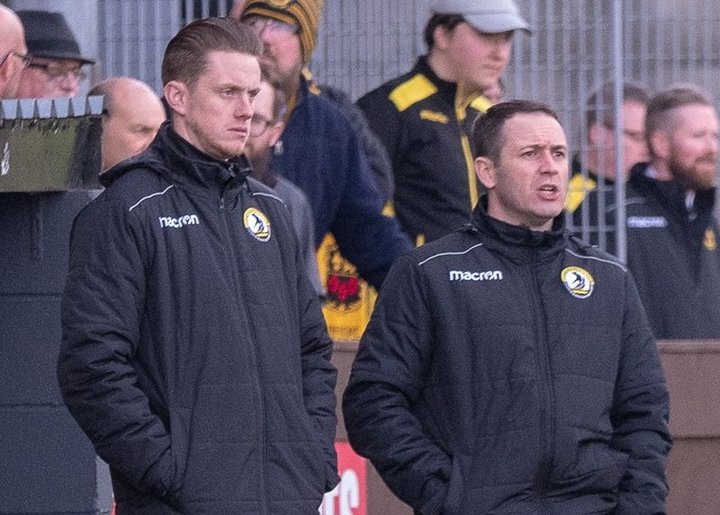 The pair arrived at the club separately as players in 2016 and became joint player/managers following the departure of Joey Dunn in September 2017.

Chairman Ian Ross said: "We are delighted to retain the services of our two young managers after a great start to their managerial careers with the club.

"The end of last season showed real promise and the season was curtailed just as we were enjoying a run of good form.

"Preparations are well underway to help us pick up where we left off in the new season."

Akrigg, 33, and Towey, 36, helped Widnes earn promotion to the Northern Premier League for the first time, and they have enjoyed two steady seasons at step four.

Towey said: "We are delighted to be offered the opportunity to continue in our roles at Widnes.

"The board have been fantastic with us over the past two-and-a-half years and it was an offer we simply couldn't refuse.

"We feel like we finished the season heading in the right direction and we have agreed deals in principle to retain all but one of the squad that ended last season.

"With two or three additions, we are confident that we will have a team that will be ready to compete.

"We are very lucky to be involved with a pragmatic Board of Directors and this coming season, myself and Ste are determined to repay the faith they've shown in us."