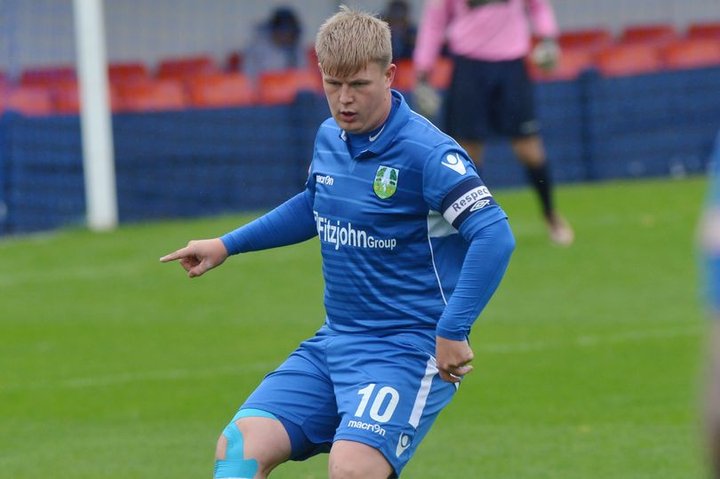 Kidsgrove Athletic all-time top goal scorer Anthony Malbon said it was an ‘easy decision’ to sign a new two-year deal with the club.

The club captain will link up with new manager and club legend Scott Dundas, who recently put pen to paper for the managerial role.

“It was an easy decision to make to be honest,” Malbon said.

“I’ve been at the club five years now and I have enjoyed every bit of it. 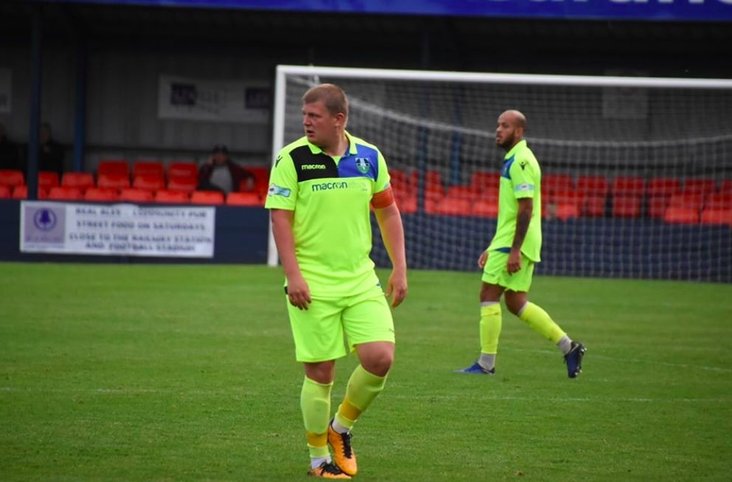 “The highs of the FA Cup away at Hartlepool in the last qualifying round, to the lows of being 4-0 up at half-time against Wednesfield and losing 5-4 in the first qualifying round in my first season at the club.

“I wouldn’t have signed if the new manager also didn’t give his blessing,” Malbon continued.

“I was in conversation with Scott and he made me want to sign also. I’ve had a lot of my friends play for him and they’ve followed him everywhere he’s been, so that for me as a person shows what kind of man we’ve got in charge.

“Loyalty is a hard thing to find these days and the manager has had loyalty from players. Hopefully we will do the same at Kidsgrove what he’s done at other jobs, because he’s won things and got in to play-offs at every job he’s more or less had. Also the fact he’s a Kidsgrove legend helps!”

When asked if the current unprecedented times made the decision unfamiliar, Malbon added: “It was very strange, but it’s a comforter for me in weird times as I know early where I will be playing and I wanted to help the club.

“Knowing they haven’t got to mess around hoping others will stay, so I hope a few more commit themselves early like I have.”

The 28-year-old has scored 15 goals in all competitions so far this season, tallying a total of 147 goals for the Grove since joining in 2015 from Staybridge Celtic.

Malbon has been the side’s top goal scorer in every season that he has been at the club and last season he scored an incredible total of 32 goals.

“Scoring goals is something I enjoy doing no matter in training or games,” he said.

“For me to be top scorer every season is fantastic and I’ve had some really good strike partners along the way who have helped me score goals.

“Nick Wellecome being my favourite the season I got 42 goals. He made me a better player and took so many knocks for me, which I will always appreciate.

“Then for Pete Ward to give me the captain’s armband was a pleasure. Having to captain the club in big games in finals at Port Vale all the way to Hartlepool in the FA Cup, so, yeah, I’m proud as I can be.”

Statement: 2019/20 season  The Northern Premier League would like to update supporters on the current situation.