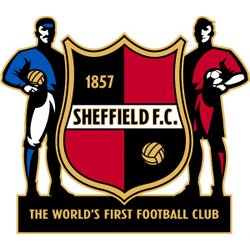 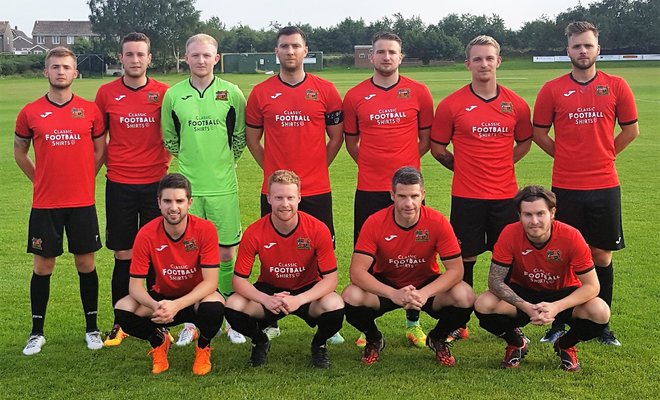 Sheffield FC Here's to many more appearances!  30 May 2018 By David Watters

Proud officials at EVO-STIK League Sheffield FC are looking forward to Alex Brown making many more appearances for his country after the teenager's England debut.

Sheffield FC are keeping faith with the management team that ended the 2017-18 EVO-STIK League season on a high.

Officials at the world's oldest football club have formally started their hunt for a new manager after interim boss Chris Dolby stood down at EVO-STIK League Sheffield FC.

Mark Hume has stepped down as the manager of EVO-STIK League Sheffield FC.

Early football
Versions of football evolved in many early civilisations, example of these can be found in ancient China, Greece and Rome. In England the original games were played between villages in fields and streets. This ‘Mob Football’ involved hundreds of players and was little more than prolonged and violent street battles. During the 19th century a more refined version of the game grew in popularity within the public schools and universities, each playing to their own sets of rules.

The birth of Sheffield Football Club
During the 1850s the enthusiasm and influence of ex-public school and university students spread the popularity of the game around Sheffield. In the summer of 1857 William Prest and Nathaniel Creswick agreed that the game would be a splendid candidate for organised sport during the winter months. The pair wrote to the Public Schools for information, regarding their varying rules, with the aim of drawing up a set of laws embodying the best points from each. On October 24th, 1857, the world’s first football club was born in a greenhouse, at the home of Harry Chambers. Chambers went on to become one of the club’s greatest players, and Secretary, in a career that spanned over 40 years.

Among the first rules drawn up were laws asserting that “no hacking or tripping up is fair under any circumstances”, “no player may be held or pulled over” and “it is not lawful to take the ball off the ground [using hands]”. Upon the formation of the Football Association in 1863, Sheffield Club’s insistence on these laws began the evolution into the game we recognise globally today. Heading, solid crossbars, corner kicks, free-kicks for fouls, throw-ins, a half-time change of ends and floodlit matches can all be traced to the innovators of Sheffield FC!

Early years
Initially early matches, such as Married men v Unmarried, had to be played between Club members. Records also show games against local army sides. Following victory over the 58th Army Regiment in 1860 a local report stated that, “most of the officers were adepts at the game, having, in their younger days, played in the public school matches, and the victory of the civilians was quite unexpected.”

Following the birth of Hallam FC, the world’s first inter-club game took place on Boxing Day in 1860. The match “was conducted with good temper and in a friendly spirit”, concluding in a 2-0 win for Sheffield. For several years all matches were played locally, against a rising number of new sides, before the first ‘out of town’ match was played in Nottinghamshire in 1865. In 1866 the first game limited to a length of 90 minutes was played at Battersea Park against London.

The FA Cup was founded in 1871 and in its third season Sheffield became the first northern side to take part. They succeeded in reaching the quarter finals in this and two further seasons also, 1876 and 1878. 1872 saw the first international game, between England and Scotland in Glasgow, with Sheffield’s Charles Clegg playing for the England side. Clegg would later go on to be Chairman, and President, of the FA and receive a knighthood for his services to the game.

From the 1880s onwards the rise of professionalism and Sheffield Club’s firm insistence of retaining their amateur status saw them overtaken and overshadowed by other sides in the area. During these years the very survival of the club owed much to the leadership of former players Harry Chambers and Harry Broughton Willey. After the death of the latter in 1933 the minutes stated that “Mr H.B. Willey for years had carried the club on his back, administratively and financially, making up a yearly deficit from his own pocket.” It wasn’t all doom and gloom though! In fact Sheffield enjoyed possibly their greatest hour in 1904 when they won the Amateur Cup, beating Ealing 3-1 at Valley Parade, Bradford.

Yorkshire League
1949 brought admission to the Yorkshire League and a resurgence, which saw the side promoted to Division One in their third season and reach the League Cup final in 1953. In 1957 they celebrated their Centenary year and reached their first Sheffield and Hallamshire FA Cup final in 1962. The 1950s also saw the emergence of the club’s greatest legend with forward Geoff Robinson (above) scoring 232 goals over 216 appearances. After a period of yo-yoing between divisions the 1977 side were crowned Division Two Champions and reached that season’s FA Vase final at Wembley. They established themselves as a top division side in the Yorkshire League, lifting the League Cup in 1978, before joining the newly founded Northern Counties East League in 1982.

Northern Counties League
The Division One title was won in both 1989 and 1991 and a first Sheffield and Hallamshire FA Cup win came in 1994. In 2001 the club acquired a permanent ground, for the first time, when moving to its current home. After the turn of the century the side began to consistently challenge for promotion, winning both the League Cup and Sheffield and Hallamshire FA Cup on two occasions. The 2006-07 season ended with a 2nd place finish and promotion to the Northern Premier League.

Northern Premier League
The side made an instant impact in reaching the 2008 play-off final, narrowly losing only on penalties. That first season also saw games against Inter Milan and Ajax at Bramall Lane, as part of the 150th birthday celebrations, and a few years later a win at Hallam’s Sandygate ground to mark the anniversary of the first inter-club match. Sheffield have twice more been involved in the season ending play-offs and lifted the Sheffield & Hallamshire FA Cup on two further occasions also.
Manager Mark Hume took over at the start of 2017-18, and hopes are high for this season of making good progress from last season’s disappointing 15th place finish.

In addition, the SFC Ladies’ team have now risen from the lowest rung of women’s football, to play alongside the elite of the game in the FA Women’s Super League. Sheffield Futsal Club were again amongst the country’s leading sides, the Under 19s won the League Cup and the Over 35s won the treble, whilst the newly formed Sheffield FC Veterans went to the San Siro Stadium in Milan to win the ACLI Invitational Trophy as the club continues to go from strength to strength in the grass roots game in its 160th season.